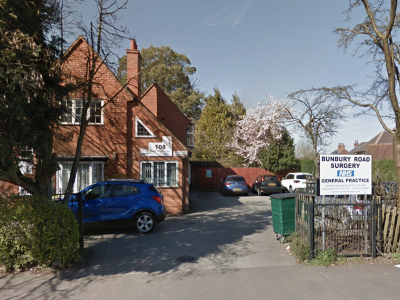 First established in late 1940s, by Dr Dorman when he started practicing NHS general practice at his home on 108, Bunbury Road, Northfield Birmingham. After a couple of doctors who joined Dr Dorman and left for secondary care posts, Dr Lovett took over the practice in 1970s. We still have patients at the practice from Dr Lovett’s days. He lived and worked in the practice and his mum was a housekeeper. He extended the practice in his garage and over the years, many patients have told us stories about the surgery. He was a keen gardener and in his spare time he potted around the garden. Many patients benefitted from the apple trees making pies, jams and chutneys. As far as I can tell, he was a no-nonsense man and cared immensely for his patients.

Dr Sham joined him in 1984, soon after his graduation and together they formed a great team. Following his retirement, Dr Sham took over the practice in 1996, and extended the surgery to its present state. Many patients remember Dr Sham fondly till date. He was a very hard-working GP and cared for all his elderly patients. With his parents ageing, he had to take over the responsibility as an eldest son, he retired in 2011. I was working with him for 3 years before as a GP assistant and following his retirement, I took over the surgery as a single-handed GP. It was a big responsibility to run the practice as a single-handed partner, but I am grateful to Dr Sham for his guidance and support through the initial years. With the face of primary care rapidly changing, the need came to embrace the modern NHS vision became more evident. The current premises of Bunbury Road surgery needed a lot of modernisation and hence I approached the chairman of BVT, Mr Peter Roach, who had once invited all the doctors in the area to discuss the vision of BVT with regards to a Health Village. This meeting was nearly 8 years ago, and together we started the dream to work on this big project of College Green Medical Practice as part of the Health Village in Bournville. During the same time, I developed Bunbury Road Surgery into a training practice and then met up with Dr Parsons and Mr Daniel Hill at Griffins Brook Medical Centre to discuss re potential merger with a view to move together to the new health village.

Together we formed a partnership called BG Health in 2016, with 5 partners to serve the patients in the area. BG Health brought a lot of strength and resilience to the practice. As the vision for College Green continued, we merged with Granton Medical Centre in May 2020, to form the College Green Medical Practice, serving nearly 16000 patients in the area.  I am grateful to my loyal team and patients at Bunbury Road Surgery, who have supported me through all the changes and trusting the vision for a better stronger future.

Any cookies that may not be particularly necessary for the website to function and is used specifically to collect user personal data via analytics, ads, other embedded contents are termed as non-necessary cookies. It is mandatory to procure user consent prior to running these cookies on your website.